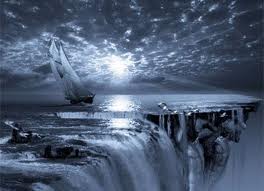 I rarely write about a product in this blog. I do appreciate the occasional solicitations for reviews and am honored actually to get them, but that’s not what this blog is about. Been there and did that for ten years as a freelance writer. However… there are exceptions to almost every case, and I met that case recently at the 2014 NAMM show in Anaheim, California.

I was visiting the DRUM! magazine booth, and I’d been back and forth a few times that day, and I noticed a guy standing alone in front of a black drum set in the booth next door. Every once in a while he’d sit down and play, then get up and hope to speak to someone passing by.

I’ve been there and done that too, manning booths at conventions, so I usually say hello just to help keep their spirits up through a long day. I looked at a brochure on the edge of the booth separator and glanced it over. Percussion Kenetics… Vector pedal… a picture of a large footboard that appeared to be rather sideways, almost 45 degree to the beater… hmm…

I’d just been roped. Hadn’t even said hello yet. I thought, Okay, don’t be a jerk to this guy, ‘cause he’s been on his feet a long time too…

That’s when I discovered that the world is not flat. The universe doesn’t orbit around the sun. Ether doesn’t connect all of creation.

And bass drum pedals should be mounted sideways. 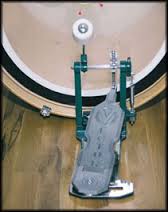 The man getting my soon-to-be-very much appreciated attention was Goran Kjellgren, inventor of the Vector bass drum pedal.  It’s patented, and as far as I know, it’s unlike anything else out there. 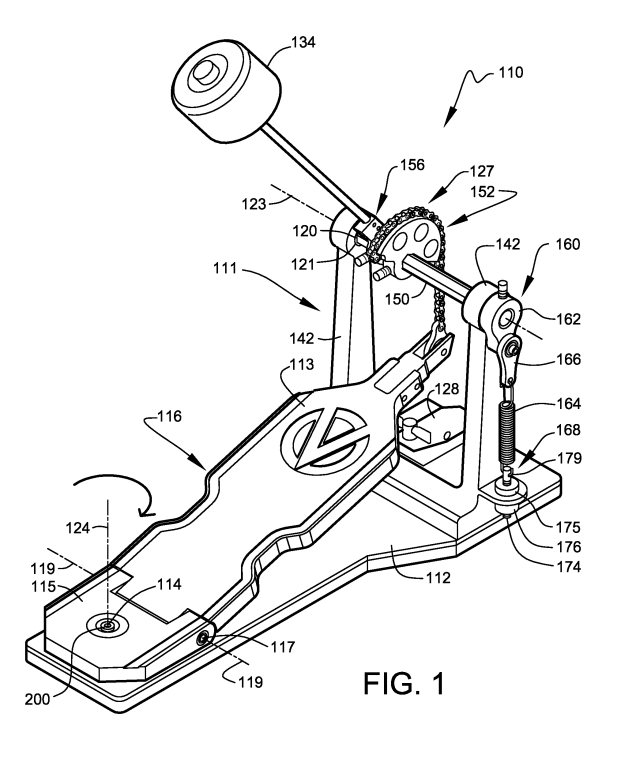 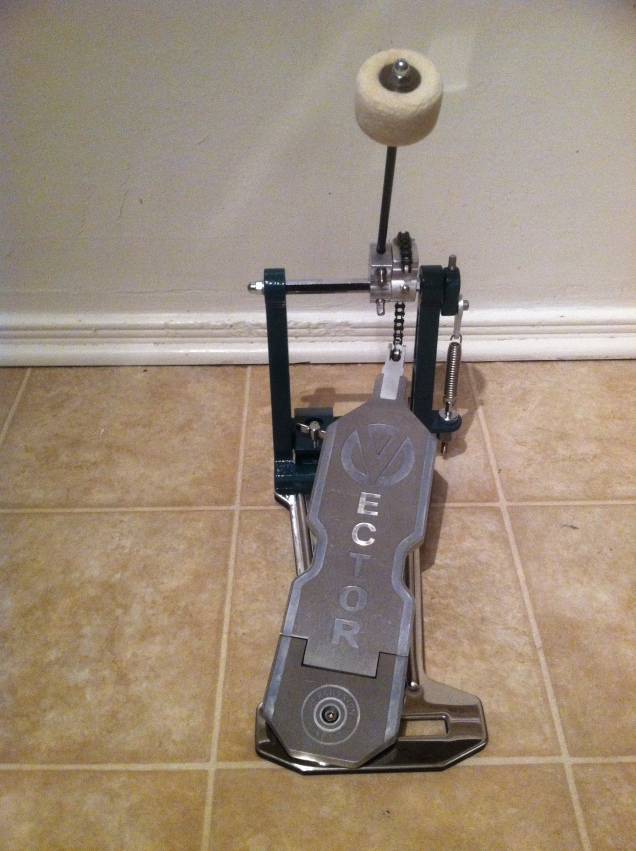 … but it’s the sideways adjustment aspect that convinces you the world is not flat. I was able to instantly play patterns with much less effort, one’s that usually required the “foot twist corkscrew the ball of your foot into the pedal” motion to get those double beats. I didn’t need this at all. As Poogie Bell mentions in the video where he discovered the Vector pedal at a music show in Germany, he discovered a similar kind of unexpected surprise. 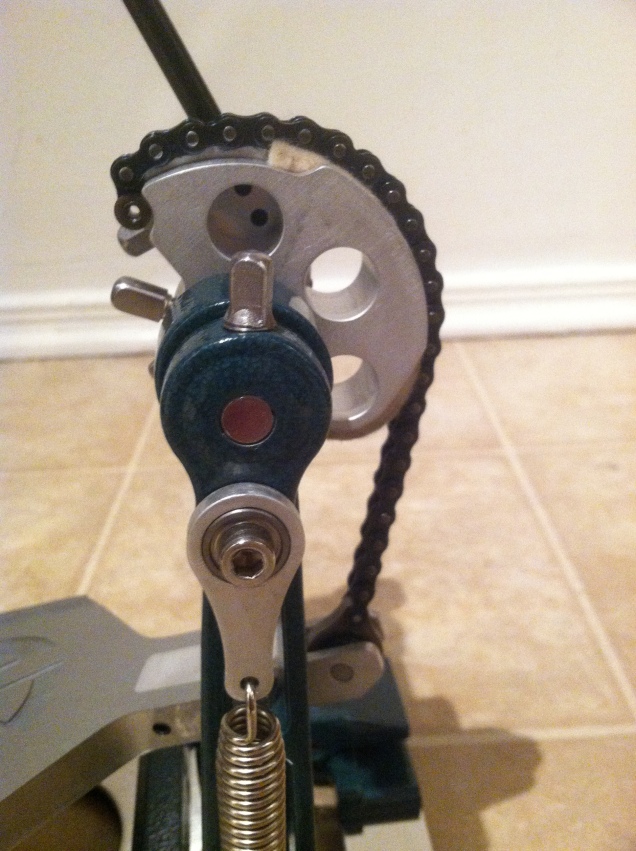 I was immediately intrigued and told Goran I would mention of his pedal in my blog, making it clear that I wasn’t looking for freebie stuff (and do not). I just couldn’t get over what I’d experienced, and a quick Internet search showed there wasn’t much out there.

Question was, why not?

I don’t know. What I do know is that he sent me a pedal, the G3 model, I played it against my 26” kick drum at full blast, and then put it on an 18” floor tom turned sideways for jazz, reset the spring tension and beater angle, and I played quiet and quick.

And I liked it quite a bit.

Plus, the Vector pedal comes with a nifty yellow carrying bag and a cleverly designed drum key.

I have not done formal product review in a decade, and I’m not going to saturate this blog with additional detail other than to say I believe the drumming world should know about this very different approach to bass drum pedal design. And yes, Goran is working on a double bass version…

I’m going to buy this pedal, and I am very much looking forward to exploring what it can do, especially as I approach turning 55. Let’s be brutally honest here: the body parts slow down a bit, so if I can keep doing things at a level from even 20 years ago, I’ll be a mighty happy camper.

And I do think that if anyone on the crew of Columbus’ maiden voyage to the Americas had been a drummer, he’d have had two reasons be excited about the world as well.