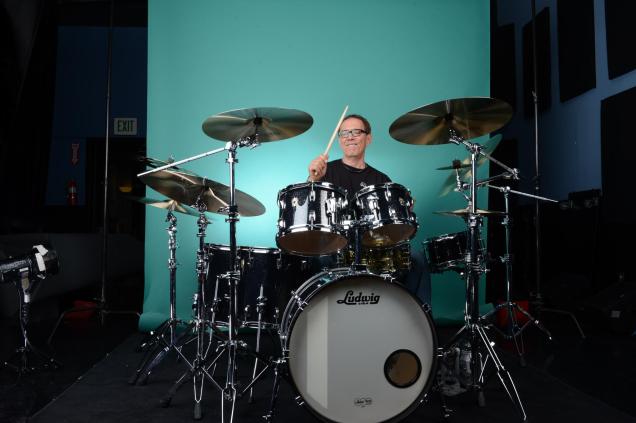 The Earth just tilted. Vinnie has switched to Ludwig and Paiste.

Ludwig could not have possibly landed a bigger name in their esteemed stable of players. The new line of Atlas hardware rocked the NAMM show, but can you imagine the insanity going on in Monroe, NC right now? If every employee over there is not beaming from ear to ear, they should be. Their stock just went UP.

Same with Paiste. Rock drummers have long gravitated to this Swiss cymbal maker’s excellence, owing largely to John Bonham, Ian Paice, Carl Palmer, and a host of European drummers. I strongly suspect that jazz drummers will find a very renewed interest in the line, something I too am going to check out. Their darker jazz rides do have an amazing sound…

My real excitement is, however, in seeing Ludwig get a HUGE shot in the arm. Last year, I made a decision to invest in the drums I loved as a kid, because it took me back to that special time. All my heroes played Ludwig (Bonham, Palmer, Paice, Don Brewer, and even Buddy Rich), and I regretted getting rid of a couple of classic kits more than once.

So, one very rainy day. I paid off the vintage 70’s green sparkle Bonham-sized kit I’d put on layaway and drove it home, amazed at the leap and feeling of elation. Six months later, I bought a beautiful 5-piece Centennial kit, made of North American maple. The 6.5 x 14 maple snare has a ringing crack that has redefined my small kit sound and musical vocabulary.

I watched Ludwig for many years through their ups and downs, the evolution of their website, their whole product line… they got hit hard when Yamaha, Pearl, and Tama kicked it in during the 80s, and the road back has not been easy. A lot of name artists left Ludwig, but the faithful stayed. I remember a salesman at West L.A. music pointing to a 100-year celebration kit on the shelf and telling me the price. I bluntly told him I thought it was insane, to which he replied, “Ludwig drummers are fanatics. Someone will buy it, because it’s Ludwig.” A week later, the kit was gone.

Ludwig’s marketing theme is that the company is a family, and that it is the hallmark of drumming tradition in this country. They patented the first bass drum pedal, so there’s quite a bit of truth here. When they put Vinnie’s picture up on Facebook behind a beautiful natural wood finish kit, they only needed a two-word caption to send a message that has just rocked the drumming world: Welcome home. 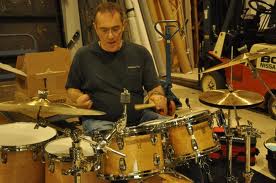 And as Late, Late Show host Craig Ferguson is fond of saying, “It’s a great day in America.”

5 thoughts on “Vinnie Colaiuta Is Now with Ludwig and Paiste”